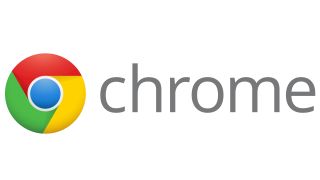 Upgrading to Chrome can revitalise your old hardware

If you take any PC and run it for a few years you'll start to notice that it starts to slow down. Booting the PC in the morning and closing down after work seem to take forever, and just doing basic tasks like launching Word and opening files can take an inordinate amount of time. The temptation is to get a new PC, but that can improve expensive and time–consuming especially if you have to re-load all your favourite programs and settings. The answer is an upgrade and a clear-out. By spending less than £100 and a small amount of time you can have your old PC running like lightning.

Start with the memory

One of the easiest ways to boost the performance of an older machine is to add more memory. You can find out what sort of memory your machine has by opening it up and having a look at the memory chips themselves. Check to see how many memory slots you have available, and what type of memory is already installed. You can also get information about the memory in your computer by navigating to hardware and memory under System in your Windows Control Panel, and seeing how much memory your machine can support, how much is already installed, and the MHz speed at which it runs.

If your PC runs Windows XP, then 2-3Gb of memory should make your machine run reasonably fast. If you run Windows 7, then 3-4Gb should be more than adequate for Office and most of the standard Office type applications. You can add more memory, but unless you're running something like a sophisticated graphics package, or you have tens of applications open at the same time then you'll be wasting your money as the speed improvements will be negligible.

If you have a laptop then upgrading can be a little trickier as most laptops aren't designed to be opened and upgraded. However you can still upgrade the memory on most and you'll get the same speed improvements as a desktop, so it's worth taking a look.

Another way to improve the computer's performance is to upgrade the video graphics card, replacing the current one with a faster, more sophisticated one. This is particularly useful where the machine's motherboard has integrated graphics, which may not produce very high-quality results.

Upgrading your graphics card should also gain you extra productivity especially if you also upgrade your PC screen to a larger monitor, or even to multiple monitors – many graphics cards have the ability to drive more than one screen at a time. Moving from a 800x600 screen to a screen that gives you 1920x1200 allows you to have multiple applications open and displayed side by side, and you save valuable time not having to jump around from application to application.

By installing a new internal hard drive, you may be able to improve the performance of the computer as well as the storage capacity, with more recent hard drive models spinning faster, for example at 7200rpm, rather than 4200rpm or 5400rpm. Naturally, it is important to backup your computer files before a major operation like this, or in fact before embarking on any component upgrade.

Another major element that is often upgraded is the processor, but this can be complicated, because it entails working out whether a particular CPU is compatible with your current motherboard and chipset. In some cases, it might be worth swapping out the whole motherboard, as this will boost the possibilities for expanding and upgrading the machine's processor, as well as its memory and other components.