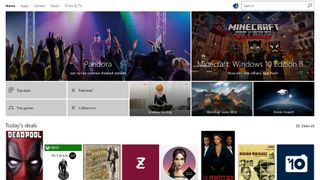 You can now install apps from the Windows Store without signing up for a Microsoft Account, or at least this is the case for Windows 10 Pro users (but unfortunately not those running Windows 10 Home).

Microsoft recently changed its policy, as spotted by Ghacks, to allow for those on Windows 10 Pro to install both apps and games without having to be signed into their account.

However, there is one major caveat here: you can only install free apps, and in the case of paid-for software or games, you’ll still need to sign into a Microsoft Account (or use a workaround like side-loading the app in question).

Ghacks further notes that this is likely the case for other versions of Windows 10 aside from Home, so those using the enterprise flavour of the OS, or education, are likely to be able to pull off this trick.

Slightly confusingly, comments from the original report on this which came from a German tech site (Windowsarea.de) indicate that some folks have had success using the enterprise edition of Windows 10, and others say this doesn’t work.

If any of our readers can shed further light on this, and whether they can successfully install Windows Store apps on enterprise/education without being signed in, please let us know in the comments section below.

At any rate, this is a positive step from Microsoft in terms of granting users greater freedom to do exactly what they please with their system, although it’s unlikely it will ever come to the Home version of the OS.