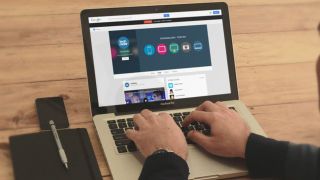 Following both the Senate and Congress voting to overturn the FCC’s privacy regulations applying to ISPs in the US, President Trump has signed the executive order to repeal said rules, meaning this is all now official.

The FCC’s rules forced ISPs to need consent from their subscribers before selling or sharing any browsing data pertaining to that user, and the revoking of the legislation is a worrying move for the web at large, and of course particularly for US citizens.

Indeed, Google searches for ‘VPN’ surged massively in the US last month, and VPN providers have noticed a spike in interest too, with NordVPN observing a 200% increase in user enquiries from folks in the US since Congress first voted to ditch the rules.

NordVPN also noted that a similar surge of interest happened when the UK passed the Investigatory Powers Act (also known as the ‘snooper’s charter’).

Web surfers turn to VPNs as one main method of keeping their browsing history secret, or rather encrypted, from their ISP – although of course you need to use a VPN provider you trust, as that firm will potentially have access to your data.

It’s also worth noting that major ISPs in the States – Comcast, Verizon and AT&T – have come forward to assure users that they won’t sell individually identifiable web browsing histories, i.e. personal user data as opposed to anonymised and aggregated data (which is used in terms of agreements with advertisers and third-parties).

But there are clearly still good reasons to be worried here, and some folks remain pretty sceptical regarding the claims of service providers.

NordVPN further observed that all this data being stored could be a very tempting target for hackers, and that the FCC itself recently canned another regulation on ISPs which would have enforced measures to protect the personal data of users from security breaches. With this being dropped, ISPs won’t have to take responsibility for spilling user data in a breach even if it happens due to poor security on their part.

What’s also very concerning about the finalising of this move over in the US is that not only are the FCC’s online privacy regulations being repealed, but the FCC will also be prevented from imposing any similar rules in the future.

All this is certainly a poor signal to send to the rest of the world when it comes to the general outlook of web freedoms.