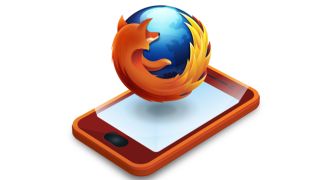 Mozilla let loose its first preview build of the mobile Firefox OS, allowing developers to begin testing their apps and inching the mobile operating system closer to a public launch.

Firefox OS Simulator is available as an add-on to the Firefox browser, taking away the hurdle of developers requiring a compatible handset.

Launching the Firefox OS Simulator opens a new window complete with a lock screen and a simulated home button where installed apps can be tested as if a user is running an actual mobile device.

The simulator is in its early 1.0 version, and will continue to update as Mozilla works on the OS itself. However, the preview build should be enough for developers to get their feet wet for building apps compatible with Firefox OS.

Mozilla also has an update ready for Firefox browser users that brings with it per-window private browsing.

Users can even right click on any link and choose to open the page in a private browser window using the feature.

Because it's a complete overhaul of the existing private browsing system and possibly still has some stability issues, the feature is only available right now for users with the experimental Nightly version of Firefox.