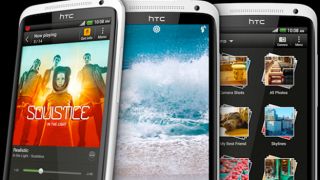 After initial reports indicated HTC would be rolling out Android 4.1: Jelly Bean in October, there's been little to no movement from HTC in regards to pushing the update to any of its handsets.

Though the HTC One X, One S and One XL were confirmed to be the first to receive the update, none of those smartphones has been upgraded as of yet.

HTC finally broke its silence Monday, revealing in a new frequently asked questions post its plans for the future of the Android update.

As of Monday, only the One X and One S were confirmed by HTC as being eligible for a Jelly Bean bump.

While the company claimed other devices are currently being reviewed for Jelly Bean, HTC has decided to "prioritize review for devices launched in 2012" before moving on to devices from 2011 and earlier.

The good news is that only two phones from the manufacturer's entire lineup have been completely ruled out for the update.

HTC stated devices with 512MB of RAM or less will not get Jelly Bean, which, translated, means anyone with a One V or Desire C will be left behind.

Of course, that doesn't mean further support and updates will be taken away from those phones entirely; just that those devices won't earn the latest Android OS.

The Jelly Bean update also brings with it HTC Sense 4+, but there's no indication from HTC as to whether or not only phones getting Jelly Bean will gain access to the latest version of Sense.

If not now, when?

Unfortunately, there is still no timetable in sight for when the Jelly Bean update will begin rolling out to One X and One S users.

HTC claimed there were "many aspects to the software development process that make it difficult for us to give specifics on upgrade timing."

Citing different testing protocols for each carrier and region as chief factors in the long wait for Jelly Bean, HTC assured that once testing was successful, the update would come.

The same could be said for the developer version of HTC's Jelly Bean update, which the company will announce whenever it is ready.

Not every user will get the update at the same time, but HTC also assured that every user would see Jelly Bean within 45 days of its release in a given region.

Though it's promising to hear HTC is somewhat closer to releasing Android 4.1 to its flagship phones, the lack of a concrete date is still disheartening.

Hopefully users won't have to wait much longer to enjoy all that Jelly Bean has to offer.