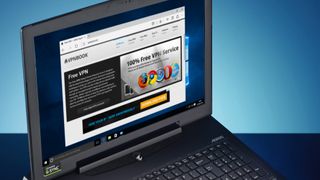 If you're visiting the United Arab Emirates, you're probably already aware of certain don'ts – like not drinking or being obviously inebriated in public – but now you can add another one to the list: using a VPN.

The president of the country has issued an edict which effectively bans the use of VPN (virtual private network) tools, and those breaking this law could be jailed and slapped with a hefty fine.

The new law states: "Whoever uses a fraudulent computer network protocol address (IP address) by using a false address or a third-party address by any other means for the purpose of committing a crime or preventing its discovery, shall be punished by temporary imprisonment and a fine of no less than Dhs 500,000 and not exceeding Dhs 2,000,000, or either of these two penalties."

So essentially, this isn't actually a measure against those trying to hide their IP (or indeed watch iPlayer from the UAE) as such, but rather those using a VPN when engaging in a criminal act online.

Although as the Register, which spotted this development, points out, you might well be able to truthfully say that you weren't using a VPN service for anything illegal, but you'll have a hard time proving that given that obviously your traffic will have been encrypted.

It's a very dicey area indeed, basically, and if you're visiting the country in the future, it would seem that using a VPN is a no-no, unless you want to take some big risks in having a brush with the local law.

Virtual private network software lets you connect to a third-party VPN server, offering an encrypted connection as mentioned, ensuring the security of your browsing (if you are using a public Wi-Fi hotspot for instance) and letting you get around certain geographical restrictions when it comes to streaming services and the like.