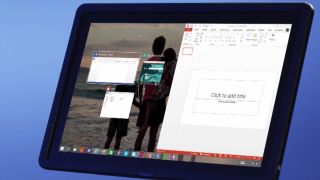 Microsoft is delivering an update to the way developers handle apps destined for Windows Phone, Windows 8.1 and eventually Windows 10.

The new Developer Dashboard will be unveiled at Build 2015 later on this week and the new service will eventually allow developers to submit and manage apps across Windows devices in one location, according to Microsoft News.

Microsoft uploaded the new dashboard to new a subdomain of windows.com that is hosted at devx.windows.com. Once users login to the site the next page pops up with a "Coming Soon.." banner. When the Dashboard Preview finally launches at this location it will be open to all registered Windows developers but at first it will only let you view your account and published apps.

Bringing all app developers working on Windows under one roof complements the plan it has already carried out to implement its own universal apps, known as Windows apps. Those applications will look exactly the same regardless of whether they are running on a laptop, tablet, desktop, smartphone, Xbox or Internet of Things device.

Microsoft plans to fully release the new Developer Dashboard later on this year and we can expect to hear a lot more about its plans for that and the whole of Windows 10 later this week at Build 2015.