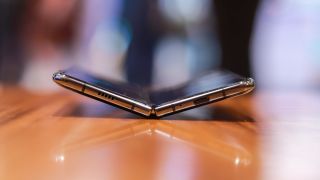 Samsung has offered the strongest indication yet that its troubles could be over despite telling investors that operating profit fell by a third in the most recent quarter.

Ahead of the formal publication of its Q4 results, Samsung said sales were approximately 59 trillion Won (£39bn) , with operating profits around the 7.1 trillion won mark (£4.7bn).

This is more than some analyst estimates.

The Korean technology giant has endured a number of difficult quarters as relatively sluggish smartphone sales have been compounded by a crash in the memory chip market. Samsung is the world’s leading manufacturer in the field, with memory chips traditionally responsible for two thids of its profits.

The company supplies many of its competitors, meaning it is particularly susceptible to any downturn, while demand for server chips has been hit by a slowing data centre market. On top of that, increased inventories have caused prices to drop.

However the company will be optimistic that easing trade tensions between the US and China, alongside demand for 5G handsets will revive the chip market. Rival Micron has also suggested a recovery in the near future, telling its own shareholders the market had reached a “cyclical bottom”.

Samsung’s mobile business stands to gain significantly. It has already released 5G handsets and is expected to reveal a new foldable handset and a new version of the Samsung Galaxy S flagship at an event in San Francisco next month.