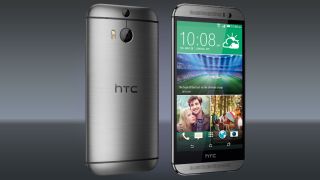 Nobody wants to wait ages for a repair

So your phone's playing up and you can't get it to work properly? It's just not doing what you expect from such a sophisticated piece of equipment. What's your first, and supposedly only, course of action? Taking it to the nearest phone store or back to the dealer from where you bought it. Then what? You're told your phone must be sent off to a repair workshop – or even back to the manufacturer. You'll be days, maybe even weeks without a phone, and possibly face a huge bill at the end of it.

This long and expensive process should be becoming a thing of the past and there are signs that the phone repair landscape is changing, and changing for the better – both for the customer and mobile retailer.

In today's world, mobile phones are literally an extension of our existence. So if there is a fault, users feel completely cut off from their lives, and everything which makes up their mobile world: apps, social media, news channels and communication with friends and family. About 85% of people in Britain own at least one mobile device and worldwide an estimated 4.4 billion people will be using mobile phone apps by 2017.

There is no doubt that when it comes to self-diagnostics, users will relish the freedom to handle things themselves. Users want autonomy and the ability to fix faults quickly – gaining instant gratification and immediate use, and no longer settling for the current time-consuming and expensive aforementioned solution.

Users should be able to manage their phone simply. One of the most common phone problems is malware. It's now time for users to be given the ability to quickly identify and remove malware on their handsets. Viruses are spreading on mobile devices just as fast as on PCs and this feature will provide the user with the knowledge needed to detect and delete them with relative ease.

Users can also pick up viruses on their phones through shared links on mobile social networking apps and other peer-to-peer sharing applications. In 2013, 143,211 new modifications of malicious programs targeting mobile devices were detected, and 10 million unique malicious installation packages were found overall. In the UK, 3.4% of mobile users were attacked last year. There are online guidelines about how to deal with threats but the tools on how to tackle the problem should be available on the handset in a way that is customised to fit the customers own requirements.

Time for a charge

It's not just malware that causes headaches for mobile phone users. As customers continue to download more apps, music and videos, while running a number of programs, they constantly find their battery life being drained. The days when a feature phone could go the best part of a week without being charged are long gone.

According to a recent Dialaphone poll, the average smartphone user finds their handset's battery runs the device for up to only a day. Today's larger devices with big, bright displays are renowned for draining power and the more they're used, the more frustrating the problem can be. Users should be able to obtain the precise level of battery life remaining, updates on the health of the battery, know when their phone is overheating, and receive a prediction of how much call time the user has before the battery dies. This will help avoid calls dropping midway through a conversation.

Another mobile phone problem is signal strength. People often read too deeply into signal bars without really knowing what they mean. People were talking about it so much that it was once a topic on the BBC comedy panel quiz show QI.

We are led to believe that the more bars displayed, the stronger the signal. But wireless engineers say there is no industry standard and each manufacturer uses its own algorithm to determine the bars displayed, which can vary between models. Even if users are satisfied that their phone's bars actually match its signal strength, in most cases they only have five levels of measurement with which to assess performance.

Signal strength should be displayed universally on all phones as a percentage. This will remove the frustration of users when they see five bars displayed yet still struggle for coverage in conversations. The chat between callers will change from "I've got four bars of signal" – which can have no relevance to callers using different phone models – to the far more meaningful "I've got 83% signal strength".

Mobile vendors should be looking at these regular problems their customers face and finding ways to resolve them. There needs to be a shift in the mobile repair landscape, and the user should be empowered to diagnose and deal with their own problems, quickly, easily and with little hassle.

This will be a major benefit to both the user and retailer. It's a money and timesaving tool for the customer and allows the retailer to dedicate more time to what they do best – selling phones, not fixing them.