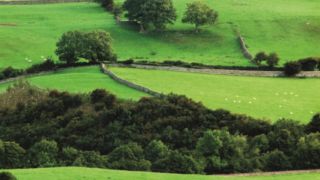 The hills are alive with the sound of broadband

Statistics released by the government reveal that by the end of 2013 the number of households connected to superfast broadband as a result of its rollout programme has tripled.

The final aim of the project is to have fibre-optic broadband cover 95 per cent of the UK by 2017. Coverage is already higher than that of France, Germany, Italy and Spain.

An additional £250 million will be allocated to local authorities as part of the nationwide rollout this year. The government also plans to invest £150 million to improve the coverage of mobile phone and basic network services in Britain.

The work is certainly needed, as Britain did not rank in the top ten fastest countries in the world, and many Brits feel that superfast broadband is more necessary to the country than new airports or railways.

Culture Secretary Maria Miller said in a statement: "These figures prove that there is now a real momentum with thousands of homes and businesses now getting access each week. This is part of our long term economic plan and broadband will be instrumental in driving growth and boosting local economies throughout the UK."