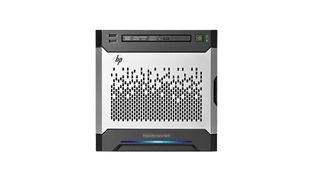 Worldwide server shipments are continuing to grow at a modest pace with HP stretching its lead at the head of a market that shipped more than 2.6 billion units in Q2 2015.

Figures produced by Gartner show that worldwide server shipments increased by 8% year-on-year and the revenue saw an almost parallel uplift of 7.2% when set against the figures from the same period a year ago.

Even though the 7.2% growth is impressive, Gartner explained that it was a drop compared to Q1 2015.

"Currency exchange rate changes have started to show their impact by reducing relative spending power in regions like Western Europe. It is likely that in anticipation of further currency rate shifts that some organisations utilised their budgets earlier in the year rather than waiting until the third or fourth quarters when their purchasing power may be further reduced by these relative currency changes," explained Jeffrey Hewitt, research vice president at Gartner.

In terms of revenue, HP leads the way with a 25.2% share of the market, however, an increase in revenue of 7.6% was only enough for a 0.1% increase in share.

The same can be said of second placed Dell, where revenue increased by 7.1% to leave it with an identical 17.4% share.

Third place IBM is continuing to show the after-effects of divesting its x86 servers to Lenovo thus meaning that its growth was down by 34.3% to leave it on a market share of 13.7%. Looking at fourth placed Lenovo's numbers, the brunt of its year-on-year increase can be directly attributed to the purchase and contributed to its phenomenal 525.5% growth.

When it comes to shipments, HP (21.7%) and Dell (18%) lead the way and behind them the Chinese pair of Lenovo (8.3%) and Huawei (4.6%) have started to encroach on the territory once almost entirely dominated by the big three US firms.