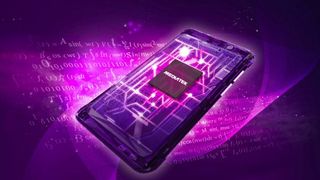 Mediatek could be planning something big in the server market.

Chinese chip designer Mediatek is apparently on the verge of launching 10- and 12-core system on chips if rumours emanating from China.

As it stands though, it makes little sense for the market to evolve beyond eight-core, which is where the mainstream market is currently standing.

Mediatek has been very aggressive getting rival Qualcomm to launch 64-bit and Octacore processors when the latter had openly dismissed them only a few months earlier.

Ditto for mainstream LTE chipsets, which have brought down the cost of 4G smartphones faster than what many were forecasting.

Still, a 10 or a 12-core processor might be a step too far for mobile as the benefits would be limited. Could it be therefore that Mediatek wants to launch this chip for the server market?

The company needs to look for other growth markets as margins on mobile smartphones diminish. And the clue might be on Linkedin where Mediatek advertised for a Principal Hardware Engineer (Server Power Architect) job.

It required a "Hands-on experience in maximizing performance of a parallel computing system within a low power envelope".

Given that more and more ARM vendors are moving into the server segment, it wouldn't come as a surprise if Mediatek did the same.