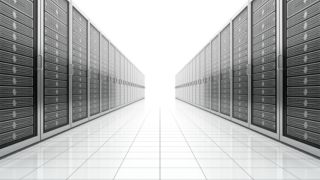 Mainframe specialists are a dying breed

Developed over 30 years ago, mainframe applications have now been updated with new code, making them extremely complex to understand.

With this in mind, research from Compuware has found that while the majority of CIOs believe that the mainframe will remain a key business asset over the next decade, they are also concerned about the looming shortage of skills.

We sat down with Ian Clarke at Compuware to get his advice on how to alleviate mainframe skills shortage concerns.

TechRadar Pro: Most people say mainframe usage is dying out; why do you think it is still relevant to today's organisation?

Ian Clarke: Contrary to the popular myth that mainframe usage is in decline, in reality it is in heavier use today than ever before, and performing a wider variety of tasks.

While cloud and virtualisation have been dubbed as the solutions to end enterprise dependence on the mainframe, more often than not the newer generation of applications that they support still need to call upon the mainframe to complete transactions.

Our recent research suggests that this is unlikely to change any time soon; with the overwhelming majority (81%) of CIOs saying that the mainframe will remain a key business asset over the next decade.

TRP: What unique challenges do new technologies, such as cloud and mobile, present for mainframe developers?

IC: The introduction of mobile and cloud is forcing legacy mainframes to work harder than ever. A simple login to a mobile application can generate between 10 and 20 mainframe transactions.

With mobile adoption increasing at an alarming rate, mainframe performance teams are being challenged in ways they have never experienced before.

At the same time, end-user and consumer expectations on the performance of applications are far greater than ever before; so potential downtime is a problem that CIOs can't afford to ignore.

With this in mind, it is perhaps unsurprising that the research showed 91% of CIOs are now concerned about application performance.

However, ensuring that new applications and services run smoothly and efficiently is extremely complex. Developed at a time when mobile was still just an imagined future, the mainframe was never designed to interact with the newer generation of customer facing applications that it now supports.

As a result, it is essential that businesses have the skills to integrate new applications with older mainframe applications, and unfortunately, those who don't are in for a rough ride.

TRP: Why do you think CIOs are so concerned about the looming skills shortage in mainframe?

IC: Our research found that 66 percent of CIOs fear that the looming skills gap will hurt their business by reducing their ability to support legacy applications.

This is certainly a reasonable concern; written over 30 years ago, mainframe applications have been updated with new code numerous times, making them extremely complex to understand.

Also - With modern customers now far more technologically savvy, armed with high-computing devices such as tablets and smartphones, they have become more accustomed to speed and high-performance, meaning that they are also more fickle and happy to move to a competitor if they are unhappy with a service.

This means that the mainframe is now being put under an increasing amount of pressure to keep IT services up and running, so it's certainly understandable that there are concerns that the impending retirement of the mainframe workforce will reduce enterprises' ability to support legacy applications.