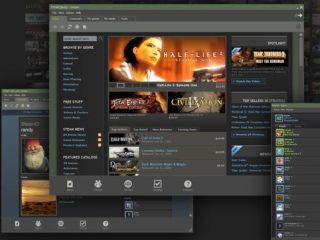 Mac users getting all steamy

New figures suggest that 5 per cent of all users of Valve's Steam download to a Mac.

Steam's monthly hardware and software survey showed that in July Apple is starting to make an impact to the Steam user base, with the survey showing that a number of its downloaders are Mac based.

Steam for Macs was announced back in May so it is interesting to see two months on what the take-up has been like.

The results also showed that 46.78 per cent of those with a Mac are gaming with a MacBook Pro, while just 3.44 per cent are using a Mac Mini.

Obviously, the PC market is still the most dominant user of Steam, with Windows XP being the most popular version of Microsoft's OS used.

The Steam survey is an optional one, so it may not paint the truest picture of what machines (and their specs) are using Steam but it does offer some interesting insight into what the popularity of kit is that people are using.

And it also makes for a handy checklist to make sure you are up to scratch spec-wise with what the majority of Steam users have in their computers.

Go to http://store.steampowered.com/hwsurvey to check it out for yourself.