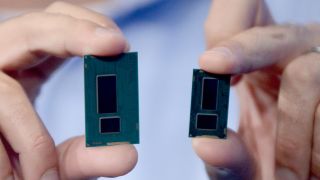 Intel and Rockchip.. Where will that go?

Intel has announced that it's entering a strategic partnership with fabless Chinese company Rockchip to "accelerate" and "expand" its family of Intel-based solutions for tablets.

This hints at a change in strategy from Intel who may well be looking to reduce its dependency on Microsoft's Windows and look towards Android to fuel future growth.

The two companies will work towards delivering a new quad-core Atom-based part with integrated 3G modem, as part of Intel's SoFIA family, with the first parts expected to appear as early as H1 2015.

It will primarily target entry-level, value-focused tablets but not smartphones - probably because of the higher power envelope of the first SoFIA generation.

More granular details of the agreement have yet to be disclosed but it is likely to involve Rockchip's own network of Asian partners and access to its inhouse design team.

Is it the first of many?

Whether or not manufacturers and users will be convinced by the value of an integrated modem will be an interesting evolution to watch.

Unlike smartphones, 3G connectivity is not compulsory and 3G versions of tablets have always retailed at a significant premium compared to their Wi-Fi counterparts.

Rockchip is one of the better-known fabless ARM-based system on chip designers based in China, which is why Intel's announcement is both puzzling and intriguing.

Others include Nufront, AllWinner, VIA, AMLogic and Mediatek, the biggest and best known of them and the only one of the lot that can offer a complete SoC solution to match SoFIA.