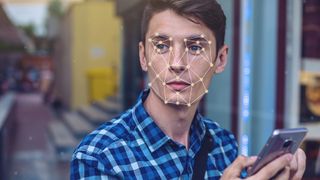 A leaked draft of a white paper has revealed that the European Commission is considering a temporary ban on the use of facial recognition technologies in public areas for up to five years.

A temporary ban would give regulators the time they need to figure out how to prevent facial recognition from being abused by both governments and businesses. However, exceptions to the ban could be made for security projects as well as for research and development.

The European Commission laid out its plans in a draft of an 18-page white paper, obtained by EURACTIV, though the completed version is slated to be published in February.

The white paper proposes imposing obligations on both the developers and users of facial recognition while also calling on EU countries to create an authority to monitor the new rules surrounding this controversial technology.

The ban will last between three and five years and while it is in place, “a sound methodology for assessing the impacts of this technology and possible risk management measures could be identified and developed”.

The white paper also features five regulatory options for AI across the EU which include voluntary labeling, sectorial requirements for public administration and facial recognition, mandatory risk-based requirements for high-risk applications, safety and liability and governance.

Facial recognition has a high potential for misuse which is why the European Commission's plan to impose a temporary ban while it weighs all the options makes a great deal of sense.

Last year San Francisco outright banned the use of the technology by police while China has taken the complete opposite approach by requiring the country's mobile carriers to scan the faces of all new mobile users using facial recognition software.