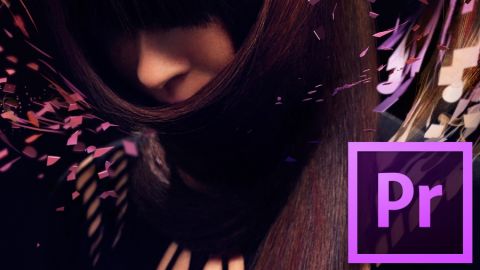 When Apple released Final Cut Pro X last year, many veterans were up in arms as it wasn't just an update to the program they'd come to know, love and rely on, it was a complete departure from what they were used to. You either loved it or hated it.

Those who fell into the latter category started to shop around, and Adobe was only too pleased to welcome new clients to their platform. With the release of the latest version, part of their major CS6 update, Adobe is working very hard to make sure their clientele stays put.

The first thing you'll notice is that the entire interface has been redesigned. Everything is centred around the editing process with very large Source and Program monitors at the top, and huge thumbnails in the browser section. Although they now take up a lot more room, they're also extremely useful as you can see at a glance which clip you'd like to work with next.

Adobe has definitely taken a cue from iMovie and Final Cut Pro X: move your cursor over a clip to skim through your footage. It also does one better: click on the clip to reveal a small timeline. Drag its playhead to look through it as well, and if you've already set In and Out points to that clip, they'll appear there as well (it almost makes the Source monitor redundant).

Such a focus on your clips means that there was less room to display your available tools, like the traditional jog and shutter controls, although it's hard to imagine who would miss them when everything can be controlled with keyboard shortcuts - which is undoubtably a much more efficient way of working with an editing program.

And when it comes to editing, Premiere makes it very easy and it's good to see that a lot of new features appear to be playing catch up with Final Cut Pro - it's great when competition brings out the best out of the competitors.

In no particular order, you can drag clips from any window onto the timeline, which can handle many different formats within the same sequence without skipping a beat. The Mercury playback engine is actually very impressive and played everything back in real time, even clips with many effects applied to them.

There are some new editing tools available, like double-clicking on an edit point which brings up a trim view where you can alter both sides of the edit at the same time. You can even insert a default transition between your clips from there, and all this is done from the Program Monitor.

You'll find a few new video effects as well, like Warp Stabiliser, which has the double purpose of stabilising your shots (as long as your jitters aren't too extreme) and compensating for rolling shutter. This is often a problem with CMOS sensor-equipped cameras which create a wobble effect if the camera is moved too fast.

Just as importantly, the colour correction tools have been redesigned and the 3-way colour corrector comes with many more options to help you tweak your footage exactly.

If you work a lot with multiple cameras, you'll definitely appreciate the fact that Premiere Pro CS6 can finally handle more than four angles. In fact that number is now limited by your Mac's computing power. It's also been designed with the future in mind by introducing support to some of the latest formats. Of course DV and HD are still present, but you can now also work with 2K, 4K and 5K with no need to convert the footage prior to being able to use it.