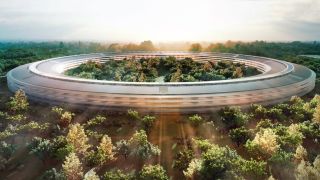 Under construction since 2013, Apple’s second campus in Cupertino, California has garnered a huge amount of anticipation in the tech world, especially from Apple’s fanbase.

Now, thanks to the geospatial mapping and visual analytics company nearmap, images of Apple Campus 2’s progress have been revealed which give a perfect overhead view of what the space-age campus will looked like in the beginning, and what it looks like now.

Construction for Apple Campus 2 is set to conclude sometime in 2016, with an estimated 12,000 Apple employees expected to move over to the new premises.