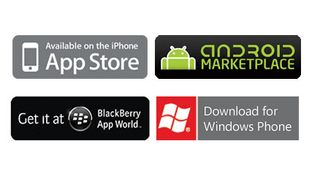 Put your business on a mobile app

The Apple, Android and BlackBerry app ecosystem is massive and rapidly expanding. Could an app help your business expand and make closer and more lucrative connections with its customers?

Since the iPhone was launched five years ago in 2007, the smartphone market has exploded. More consumers now access the Internet with their phones or other Internet connected digital devices than with traditional computers. What this means for your business is that your customer base has gone mobile.

M-commerce looks set to outstrip E-commerce as the main retail channel for Internet connected consumers over the next few years. Indeed, analysts eMarketer forecast that the worldwide market for mobile marketing could reach $19 billion (£12.3 billion) by 2012. Forrester report that they expect US mobile commerce to reach $31 billion (£20 billion) by 2016.

And if you thought that the app market was just about games, think again. Businesses in every sector that have built their own apps are reaping real commercial rewards from this market.

An excellent recent example is Addison Lee, London's largest minicab company. After releasing their own app in 2011 to allow customers to book minicabs from their iPhones, the company took 75,000 bookings in a single month, with revenues in excess of £1.4 million. This means the company should have grossed over £20 million from its iPhone app alone in 2011.

A question often asked by business owners considering developing an app is would their money be better spent developing a website that is optimised for mobile devices – most notably smartphones. Bango in their Mobile Apps white paper state: "It is often better to spend some of your budget on getting a better web experience to replace the need for a mobile application."

Clearly as with all business decisions you must carefully assess your desire to move into App development. This must not simply be a knee-jerk reaction to a new market that perhaps your competitors are entering. Ask yourself whether there is a real business case within your enterprise to develop an app. Building a website that is optimised for mobile devices has now become an industry in its own right. Some of the leading services you could use to build your business' mobile web presence include:

It is, though, important to delve a little deeper into the headline figures that companies like Apple like to highlight at their tradeshows and keynote addresses. Over 80% of the apps that are downloaded – not just from the Apple App Store – are free. The business case for these apps can be a simple extension of your company's brand.

Once you have made your decision to build an app for your business, the most critical decision you must make is what kind of app you should create. For retailers in the bricks-and-clicks sector, the development of an app for their businesses was an obvious decision. Extending their commercial reach to existing and new customers via an app offers these companies an additional retail channel that will massively expand over the next few years.

Argos developed its iPhone app in-house and has seen massive success with over 50,000 downloads of its app in just three weeks. Developing the app was an ideal fit with Argos' business model that sees 32% of its overall sales completed online.

Consumers can search the Argos catalogue of over 25,000 products with their iPhone or iPad and use the Check and Reserve function that currently accounts for 22% of sales at Argos. With live real time stock check also built into the app, shoppers can instantly find, check stock and reserve via the app. And of course also locate a store using the iPhone or iPad's access to Google Maps.

How you decide to actually build your new app will mean making a range of decisions not least of which is fixing a budget for the development of your new app. You have basically three routes to app development that include developing your app in-house if your business has the resources and knowledge.