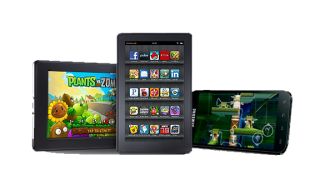 The Amazon App Store is coming to Europe in the Summer

Amazon is opening up its App portal to the major European countries, revamped its app revenue deal to a 70:30 split, waived the annual fee for developers, and made submission easier, in an attempt to attract new business to its Android App store.

Following the success of the Amazon Android App Store in the US, Amazon is opening up the system to allow businesses to submit apps for distribution in the United Kingdom, Germany, France, Italy, and Spain, with distribution beginning later this summer, with more countries planned in the near future.

Additionally Amazon has also made two welcome changes to the Amazon Mobile App Distribution agreement, an easier to understand revenue split on app and in-app purchases, and better flexibility around app submissions.

Amazon will be aligning the revenue share for paid apps with that for in-app products sold using Amazon's In-App Purchasing Service. Starting July 1, developers will earn 70% of list price on each paid app sale. This is a change from the previously where developers earned either 70% of the app's sales price or 20% of list price (whichever was greater).

Amazon has also made the timing for app submissions easier. Developers will now be able to control which apps they make available to Amazon customers, and when, as well as the countries in which the apps may be sold.

In a post on the Amazon App Distribution Blog an Amazon spokesperson explains, "Now is a great time for new developers to sign up and become familiar with the program. You have the ability to select the countries where you would like your apps to be sold and set your list prices by marketplace."

If you have already produced apps for the app store the apps will automatically be made available for sale internationally by default but Amazon warns developers who intend to "sell apps internationally are responsible for ensuring their apps comply with all applicable export and import restrictions and the laws of the countries in which the apps are sold."