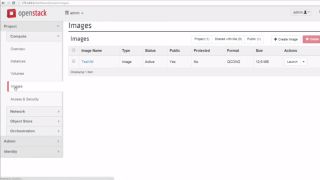 OpenStack is almost ready for widespread deployment at an enterprise level after firms met at a summit to discuss how the platform can now operate at high levels.

The OpenStack Summit, which is currently taking place in Vancouver, saw scores of different organisations and vendors talking about their own deployments. One of which, included eBay's infrastructure, which is made up of over 300,000 processor cores managed by OpenStack.

Most of these organisations and vendors involved in developing the OpenStack platform stressed that it has come on leaps and bounds since it was originally created by NASA and Rackspace in 2010. Development over the years has made the platform both stable enough and mature enough for companies to consider using it for production purposes.

With any open source platform, there is still considerable scope for improvements. Intel, for one, thinks that setting up and updating an OpenStack cloud is among those areas.

Intel is one of those at the forefront of OpenStack's development and the chip maker also announced a new system to improve the security of containerised application. Clear Containers uses VT-x inside Intel processors implement isolation between containers and is part of Clear Linux, Intel's lightweight OS for data centre that have container platforms.