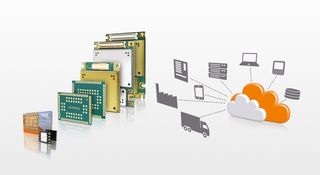 The internet of things (IOT) is now at a crossroads. While it has featured in mainstream tech discourse long enough not to be seen as a brand new trend, it is not yet a technology that has entered our everyday lives on a meaningful basis.

But Bluetooth believes it is changing all that. Just as countless hardware manufacturers have adopted its older technologies, Bluetooth Smart looks ready to have the same impact and could start making IOT a reality.

To find out more, we sat down with Bluetooth CMO Suke Jawanda, who told us where the technology is at.

TechRadar Pro: Many technologies are claiming to be the tech enabling the Internet of Things. What is Bluetooth's take?

Suke Jawanda: We can credibly say that Bluetooth Smart technology is what has made the internet of things a reality. It's no coincidence that the flood of wearables we're seeing come to market today started flowing after Bluetooth Smart was integrated into iOS and iPhone 4s in late 2011.

Since then, it's become the de facto standard for fitness devices, smart watches and medical devices from companies as diverse as Nike, Polar, Adidas, Pebble, Samsung, Qualcomm, Sony, iHealth, and Nonin.

And with all major mobile operating systems now offering native Bluetooth Smart APIs, this will only accelerate as manufacturers can create products and associated apps that will run on the smartphones, tablets and PCs that people already own.

Going beyond wearables, there are a number of wireless solutions that will help to enable the IoT, but because Bluetooth Smart is standards based, inexpensive and already shipping in billions of devices every year, it's going to be a major part of making the IoT a practical reality.

Manufacturers know Bluetooth Smart can help them bring new products to huge markets quickly. We're already seeing this as Bluetooth Smart is being widely adopted in beacons for retailing and payment systems, and growing fast in smart home applications as well.

TRP: So what major additions does Bluetooth 4.1 bring to the table?

SJ: There are three major improvements at the heart of the Bluetooth 4.1 specification that tie to:

The first is that Bluetooth 4.1 extends the Bluetooth brand promise to provide consumers with a simple experience that "just works." For example, Bluetooth 4.1 eliminates potential interference between Bluetooth and LTE signals so both can perform at their best.

Bluetooth 4.1 also provides OEMs with more control over how they create and maintain Bluetooth connections by making the reconnection time interval flexible and variable.

This improves the consumer experience by allowing devices to reconnect automatically when they are in proximity of one another. The user doesn't need to think about it. The product just works as expected.

Bluetooth 4.1 extends the Bluetooth Smart development environment by providing product and application developers with even more flexibility to create products that can take on multiple roles.

For example, a smart watch acts as a hub gathering information from a Bluetooth Smart heart rate monitor while simultaneously acting as a peripheral to a smartphone — displaying new message notifications from the phone.

Finally, by adding a standard means to create a dedicated data channel for IPv6 communications in a future update to the specification, the groundwork has been laid for assigning IP addresses to Bluetooth devices.

With the rapid market adoption of Bluetooth Smart and the future addition of IP connectivity, all signs point to Bluetooth as a fundamental wireless link in the Internet of Things.

TRP: What applications can Bluetooth Smart enable that typical users might not know of, especially in the business sphere?