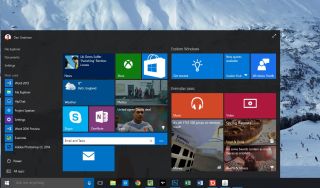 Excited Microsoft fans anticipating the release of Windows 10 finally have an estimated free upgrade timespan thanks to a presentation quietly eked out by the Redmond-based firm.

Working under the "supported lifetime of the device" mantra that it first mentioned in January, a presentation noticed by Computerworld explained that users of devices will get free upgrades for the first two to four years of each device's lifespan.

Across that lifetime, users will get an OS that is kept "current" over the supported lifetime and Microsoft called it "Windows as a Service — continuous updates over time".

The timeframe given still isn't hugely accurate given that it has a variation of two years and the same PowerPoint explained that the support timeframe will be calculated by "customer type" and not by "form factor," which was the line it took in May.

Enterprise get longer than consumers

What this is likely to mean is that consumers, who typically want the newest and freshest features faster than enterprises, will be at the lower end of the timeframe whereas the enterprise customers will occupy the higher end.

Windows 10 is set for its big unveil on July 29 with the release likely to define Microsoft's path for the coming months and years.