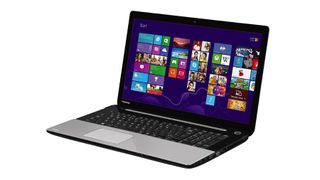 Toshiba has launched a cross-European marketing campaign to support SMBs ahead of the approaching Windows XP end-of-life date.

The company is re-launching Trade In and Reliability Guarantee promotions to make it easier for SMBs to migrate their infrastructure to newer versions of Windows.

The campaign, named "Get Modern with Toshiba", ties in with Microsoft's own "Get2Modern" initiative, which aims to encourage companies to upgrade to newer operating systems.

Recent figures have shown that despite the upcoming end-of-support deadline in April, many businesses are still relying on Windows XP, and the market share of the geriatric OS actually improved last month.

To incentivise partners in "Get Modern", Toshiba will offer SMB customers reduced prices on new devices and a £100 cashback offer on newer models if the older version is traded in before the end of March.

"The likelihood is that if a business is still using Windows XP, then the hardware it is running it on is old with limited functionality," Matt McDowell, marketing director at Toshiba Group Europe, said. "This provides Toshiba's partners with an opportunity to target the SMB market with hardware upgrades and the latest Toshiba models, as well as educate them about the benefits of migration."

In the run up to Windows XP's end-of-life a number of companies have stepped forward to offer help to users stuck past the deadline, Panda Security, Mozilla and Opera to name a few.