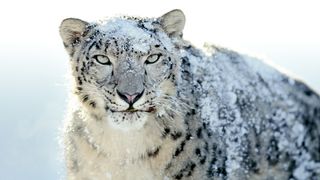 One in five Macs still run OS X 10.6 Snow Leopard, but the 4-year-old OS flavor has reportedly been skipped over for the last two Apple security patches.

We've asked Apple to comment on what's going on, but the obvious conclusion to draw is that the company is no longer supporting Snow Leopard.

The latest security patch hit earlier this week for OS X 10.9 Mavericks as well as the two previous versions, Mountain Lion and Lion.

But just like when Apple updated Safari for its three most recent operating systems in December 2013, Apple neglected to patch Snow Leopard, too.

The last time Snow Leopard was actually patched was September 2013.

However, it's important to note that support for Snow Leopard has continued longer than the traditional lifespan of an OS X release, which typically lasted until the release was two versions behind the current OS.

Now it seems Apple may be increasing the lifespan of support for its operating systems, though of course the company is notoriously opaque when it comes to software security. So don't expect an official explanation any time soon.

Many Mac users are stuck on Snow Leopard because it was the last version of OS X that could run on Apple's PowerPC processor.

Nevertheless, if you're one of the fifth of all Mac users now facing potential gaps in security, you might want to think about upgrading - even if it means buying a new computer.