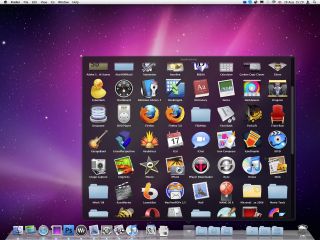 Apple has acknowledged that there is a problem with its Snow Leopard operating system, but insists that the data deletion problem is not widespread.

The problem, which has become increasingly well publicised, saw some users lose all of their data when somebody logged in as a guest on their Mac.

Apple has finally released a typically terse statement admitting that there is an issue, but insisting that the scale is small.

"We are aware of the issue, which occurs only in extremely rare cases, and we are working on a fix," said the company's statement.

MacFormat's deputy editor Chris Phin told TechRadar that it was a timely reminder that people should be backing up their data.

"The bug does sound really nasty, but it also sounds like it's affecting only a small number of users," said Phin.

"Still, it's a graphic illustration of the need for backup, and since Time Machine, the Mac OS X backup engine, makes it so easy to protect your data and since you could buy a huge external hard disk for fifty quid ­there's really little excuse for data loss."

For the time being, the best advice seems to be, disable the guest account just in case and wait for Apple's team to provide a patch.