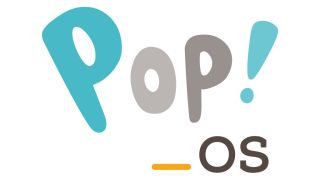 System76 is one of the few retailers to sell computers with 100 per cent Linux compatible hardware pre-loaded with Ubuntu. The Ubuntu desktop may not be Canonical’s core business anymore, but it is at System76 – the announcement, in April 2017, that Ubuntu’s Unity desktop project was to end affected 91 per cent of its business.

In response, System76 quickly put out a Pop!_OS theme for Ubuntu and soon after decided to make Pop!_OS into a full-blown Linux distribution.

Before Pop!_OS all of our attention was focused on ensuring the computer hardware ran flawlessly with [Ubuntu] Linux. And when Unity [Ubuntu's desktop environment project] announced its end last year, it created a lot of unknowns amongst the team. But what started as an unknown quickly became an opportunity.

For 11 years, we were outsourcing one of System76’s most important customer interactions, the desktop experience. And during this tenure, we collected tons of data: a list of customer requests for an improved desktop interface.

Where Linux excels is in the fields of computer science, engineering, and DevOps – this is where our customers live. It’s important for us to make sure we create the most productive computer environment for them to be efficient, free, and creative. During the first Pop!_OS release, we addressed the most common pain points we heard from customers with the Linux desktop:

All of these items were fixed in the first Pop!_OS release. Additionally, it was also important that Pop!_OS provide a pleasant experience for non-System76 customers. For us this meant, ensuring Pop!_OS was more stable, lighter, and faster than the Ubuntu experience people were used to. If Pop!_OS could turn unusable machines into working units, this is a win for a Maker. It means wider accessibility, enabling anyone to create a project using a more powerful desktop interface.

While the first iteration of Pop!_OS was spent improving these areas, it’s the second launch, 18.04, where we really start to make an impact.

Heightened Security
Pop!_OS encrypts your entire installation by default. Our new installer also enables full-disk encryption for pre-installs that ship from System76 or another OEM. System76’s laptops that use Pop!_OS also receive a feature that provides automatic firmware updates, ensuring the PC is always secure and reliable.

Performance Management
18.04 includes an improved battery-level indication so users can stay on top of their remaining power. We’ve also added a CPU and GPU toggle to switch between power profiles from the system menu, such as NVIDIA Optimus, energy-saving, high-performance and others.

New installer experience
The new installer is designed with a story arc of artwork that carries you through the installation and permeates through the operating system. The installer does four things: enables us to ship computers with full-disk encryption; simplifies the installation process; installs extremely fast; and demonstrates the artwork and style that will begin to permeate other areas of the operating system, as seen in the new Pop!_Shop artwork.

USB  Flashing Utility
Popsicle is a new utility that launches when you double-click an ISO in the file manager. It is a USB startup disk creator that can  flash one or many hundreds of USB drives at once.

Other New Features
A Do Not Disturb switch to quiet notifications, easy HiDPI and standard DPI switching for mixed displays or legacy applications, curated applications in the Pop!_Shop with new artwork, and systemd-boot and kernelstub replace GRUB on new UEFI installs.

A perfect 18.04 product was a result of maintaining inclusion and collaboration from the Pop!_OS community team, working with elementary OS on the new Linux installer and of course the massive amount of work that occurs upstream in GNOME, Ubuntu, Debian, kernel and countless other projects. There was a lot of testing required in order to ensure Pop!_OS was compatible across various types of hardware configurations.

One of the things we’re most grateful for is having such an active Pop!_OS community who’ve been energetic in providing their feedback. We’d like to continue improving the OS and hope to grow community involvement even more. Pop!_OS enables your workflow productivity so that you can be more creative – we are here to listen and implement.

Give Pop a try at system76.com/pop
Tell System76 what you need: reddit.com/r/pop_os