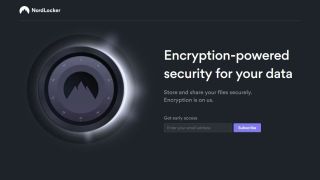 NordVPN is known for providing VPN services to users around the world and now the company is expanding its offerings with the announcement of a new tool for securing files stored locally or in the cloud.

The company's new cybersecurity tool called NordLocker will secure files stored on a user's computer or in the cloud with end-to-end encryption.

“We at NordVPN believe that the digital environment must be better than it is today. As a company, we strive to move towards becoming an all-around cybersecurity solution that people trust. By releasing NordLocker, we want to make top-notch data security available for everyone – regardless of their tech skills. To achieve this, we combine the best usability practices with the highest encryption standards.”

When it launches later this year, NordLocker will be available for both macOS and Windows and it will help protect user's data by encrypting files on their device as well as those stored in the cloud.

The file encryption app will use the two most secure encryption algorithms available today, the Advanced Encryption Standard (AES-256) and 4096-bit RSA. NordLocker will also utilize NordVPN's own zero-knowledge encryption process to ensure ultimate security. In addition to encrypting their files, users will also be able to share them securely by managing access permissions.

NordLocker is currently going through internal stress-tests to ensure that it is ready for its launch later this year. However, interested users will be able to get their hands on the first beta version this summer.

You can sign up for early access on NordLocker's website and we'll fill you in on more details regarding the new app as we get closer to its launch.