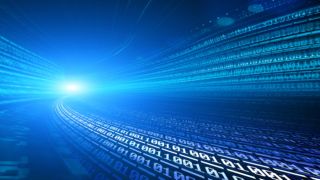 Speedy NoSQL on the way to Apple

Apple has acquired FoundationDB, a small-scale operation that specialises in super-fast and durable NoSQL databases.

First reported by TechCrunch, FoundationDB is no longer offering downloads of its database software via its website. So far, it's unclear how Apple will choose to integrate the NoSQL database into its iCloud service.

FoundationDB's NoSQL offering is not just any old NoSQL database. Its NoSQL databases specializes in lightning quick ACID-compliant transactions combined with high scalability. It's these qualities that made the company such an attractive prospect for the iPhone maker.

In December 2014, FoundationDB claimed to have a very cost efficient data base solution. Based on AWS (non-spot) pricing, which included enterprise licenses for the company's 480 cores and full 24/7 support, the mega-cluster costs just $150-per-hour (around £100, or AU$190). In an hour the cluster musters 54 billion writes for a cost-per-write of three nanodollars, and in layman's terms it means that FoundationDB can do 3.6 million database writes per penny.

NoSQL is a more cloud-friendly approach to databases. They are easily scalable and designed to cope with unstructured and unpredictable data that traditional databases, which are used to neatly formatted data, struggle with.

Neither side has yet confirmed the transaction and the only confirmed detail thus far came from Apple's admission to TechCrunch that it "buys smaller technology companies from time to time, and we generally do not discuss our purpose or plans".

There's no indication of how much Apple forked out for FoundationDB, although there are clues in the almost $23 million (around £15 million, or AU$29 million), which it purportedly raised through two funding rounds from SV Angel, Sutter Hill and CrunchFund.

It's also unclear how Apple might choose to use the NoSQL technology at the heart of FoundationDB, however, with the billions of products using iCloud it's sure to improve Apple's server side technology.