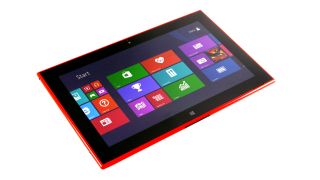 Details of what looks to be a mainstream Windows tablet from Qualcomm has emerged on benchmarking website GFXBench.

The device runs on a quad-core Qualcomm Snapdragon 805 SoC, the same chip that powers the Galaxy Note 4 or the Google Nexus 6.

The latter can be clocked at up to 2.7GHz and its Adreno 420 GPU offers DirectX 11 compatibility. The tablet, which has been presented as the successor to the (Nokia) Lumia 2520, packs 64GB of onboard storage.

Compared to the former, its screen resolution is bumped from full HD to 2K (2560 x 1440 pixels) and the apparent lack of onboard cameras could suggest either that this is a development platform or that OS is not ready yet.

Speaking of the OS, the Windows RT that powered the Lumia 1520 has all but reached end-of-life. Microsoft confirmed that it will not update Windows RT to full Windows 10 (as it plans to do for Windows 8.1 and Windows Phone 8.1).

Therefore, one should expect this particular tablet to sport the new Windows 10 for ARM tablets. The rumours come soon after the announcement by Microsoft that it was ending the production of the Surface 2 and the Lumia 2520.

The latter is being cleared out with the LTE version currently on sale for as little as £260.