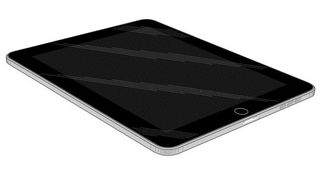 Lawyers get ready for action

Less than a week before Apple is expected to reveal its 7-inch iPad mini, the Cupertino company has received a nice celebratory gift from the patent office - a design claim patent for a "portable display device". Or as we all know it, the original iPad.

Filed just a day before Steve Jobs took to the stage to unveil its 10-inch tablet, the patent specifically references the company's groundbreaking 2010 device.

The patent document also references a whole heap of material from the past two years, including the intense legal battle between Apple and Samsung.

While Apple did already have a patent for a touchscreen tablet device, the original patent lacked details like a docking port and the home button.

This newer patent features all those features, which makes it a much more volatile ammunition in its legal battles.

Obviously, the most pressing dispute is between Apple and Samsung, and this is likely to stretch out the legal battles even further.

Whether it inspires Apple to take other Android tablet manufacturers to court or not is yet to be seen, but don't be surprised if they do.