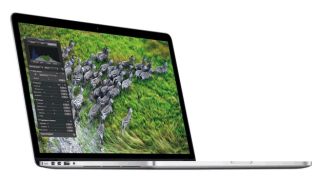 Apple is planning a thinner version of its award-winning MacBook Pro laptop, according to rumours from the supply chain component makers in Taiwan.

Digitimes' Aaron Lee and Joseph Tsai reveal that the production of components for this new MacBook has already begun albeit in small volumes. The new model will be available towards the end of the year or, most probably, in 2015.

Sales of MacBook laptops (Pro and Air) dwarf those of iMac, Mac Mini and Mac Pro desktops and account for about 80% of the total units shipment.

To Retina or not to Retina

Doing so would simplify the current MacBook portfolio, offering only two choices: the thin-but-limited MacBook Air or the thicker-but-more-powerful MacBook Pro.