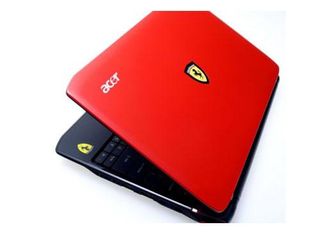 How reliable IS your laptop? Latest reliability study comes under scrutiny...

Lenovo has hit back at a recent study that claims its laptops are less reliable than a number of its competitors.

TechRadar reported on the recent SquareTrade study earlier this month, which claimed that Asus and Toshiba were the most reliable laptop brands on the market right now.

Lenovo didn't come out too well in SquareTrade's comparative analysis of laptop brands, with the company now hitting back and attempting to discredit the research methodology.

SquareTrade looked at laptop reliability based on 30,000 laptops from various brands over a three year period, claiming that Lenovo's notebooks were not as reliable as those manufactured by the likes of Asus, Apple, Toshiba, Dell, and Sony.

Ray Gorman, executive director of external communications at Lenovo, claims that the "total number claimed in this report is not a statistically significant sample for a study where no attempt is made to control key variables affecting repair rates, such as comparable machine types, end users, geography, and applications."

Gorman adds that Lenovo, for example, would "expect a 10X difference in repair rates between systems bought for [secondary school] students and systems used only in a home office by an adult."

He goes on to argue that SquareTrade "has a vested interested in showing scary failure rates as they have done here [as] they are in the business of selling after sale warranties," adding that Lenovo's internal data shows that its own laptop failure rates are "two-thirds lower than what is claimed in the Square Trade survey."

"This study is full of holes, [the] method is flawed, the data is inaccurate, and the conclusion is wrong," the Lenovo man adds.