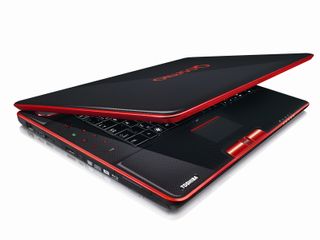 If you want an unbreakable laptop then you might have to invest in an expensive military-grade 'toughbook' as most consumer-oriented machines are pretty damn easy to snap in two.

However, if you want to know which consumer brands are most UN-likely to malfunction or break (unless you sledgehammer them or drop them off a skyscraper or something daft) then a recent survey looking at three year malfunction rates by manufacturer has just been published.

And it looks like Asus and Toshiba come out on the top of the pile, according to the study data collated from PC warranty providers SquareTrade

At the bottom end of the scale, a sorry one-in-four HP laptops experience malfunctioning problems.

Also, somewhat unsurprisingly, sub-$400 netbooks are 20 per cent more likely to fail in the first year than a premium laptop.

SquareTrade randomly selected over 30,000 laptops and netbooks for the study. Acer, Apple, Asus, Dell, Gateway, HP, Lenovo, Sony, and Toshiba all had AT LEAST a thousand laptops each within that sample group.

Here's what else they found:

• Over 31 percent of laptops will fail in the first three years of ownership.
• Of these failures, two-thirds came from hardware malfunctions (20.4 percent) and one-third (10.6 percent) was reported as accidental damage.
• Manufacturers proved to be a more reliable determinant of reliability than the type of laptop and should be a greater factor in making a purchase decision.