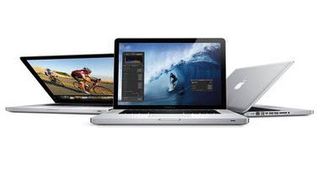 Apple might have just blown the lid off its most advanced MacBook yet, but it's sharing plenty of upgrades to MacBook Pro and MacBook Air models, both of which have been refreshed with Intel's latest Broadwell CPU.

A fresh breath of (MacBook) Air

Apple has also given its MacBook Air the 5th generation Intel Broadwell bump. The still ultra-thin notebook will come rocking Intel Core i5 and i7 processors paired with Intel HD Graphics 6000.

Another Apple has added to the MacBook Air is a Thunderbolt 2 port for linking up an external display or daisy chaining multiple screens.

The only differences between the two options is the 13-inch MacBook Air comes with a sharper 1400 x 900 resolution screen, where as 11-inch users will be stuck with a pixel-resolution of 1366 x 768.