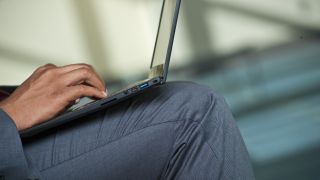 A new survey from Pew Research, which questioned some 2,000 adults in the US, has made some interesting discoveries about social media usage policies in businesses, and staff reaction to these.

So how many firms actually have a policy governing social media usage in place? 51% of respondents said that their company has rules about using social networks in the workplace, whereas 32% said their employer has policies regarding how staff members should present themselves when posting anything on the net.

Interestingly, when it comes to the latter one-third of businesses who stipulate rules regarding online conduct, staff members aren't put off using social media – in fact the survey found that 77% of employees of said companies happily use social networks regardless of such policies (which you might think some would view as overly controlling, and be put off as a result).

Although there were some more expected findings for those businesses who do use some kind of social media policy. With these firms, 30% of employees said they used social networks to take a break at work, but this figure was larger at 40% for companies lacking a policy.

The percentages were also markedly different when it came to the question of keeping in touch with family and friends via social networks while at work – this was 20% of staff at firms with a policy, and almost double that at 35% for organisations without one.

The research also touched on the positive influences of social media in terms of productivity, with employees making industry contacts who help them do their job better – 24% said they used social networks to make or support professional connections.

17% of workers also said they used social sites to strengthen their relationships with co-workers, as well as asking each other business-related questions (12% did this). All of these productive activities were just as likely to be engaged in whether the company had a social media policy or not.

Pew Research also found that a sizeable proportion of workers enjoyed using social media sites to simply take a break from work – 34% said they used social networks to take a "mental break" from their tasks.

54% of the employees who use social media for work-related purposes said that going on social networks for a break helped them recharge their batteries, which of course in the long run, will help with productivity as well.