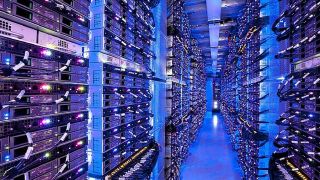 The personalisation revolution is in full swing. Mass advertising is dead… almost. There may still be plenty of commercials aimed at anyone who happens to be watching TV, but increasingly we all have our own digital channels.

From the 'personalised experience' you get on retail websites to the 'suggested posts' on Facebook and the adverts for something you once searched for in Google tracking you around the internet, the web is getting savvy to what individuals want. Personal data is being collected at an alarming rate, and with wearables on the rise and the Internet of Things coming, it's a movement that's only just begun.

By 2021 there will be twice the number of smartphone contracts there are today, reaching 6.3 billion. Ericsson recently reported that the IoT will overtake mobile phones by 2018, with 16 billion connected devices forecast to join the IoT by the end of 2021.

"We are facing a perfect storm," says Ross Woodham, Director for Legal Affairs and Privacy at Cogeco Peer 1. "With new technologies being developed, data being generated by personal devices at an exponential rate, and international security a global concern, it is no wonder legislators are struggling to get to grips with new issues and moral dilemmas."

From phones to wearables, computing is everywhere. It's pervasive. It's personal. It's the 'Quantified Self' where technology collects data on increasingly personal aspects of a person's life. "Whether they know it or not, consumers have long been 'selling' their data and we expect this trend to not only continue, but to grow," says Ashley Winton, Partner and UK head of data protection and privacy at law firm Paul Hastings LLP and Chairman of the UK Data Protection Forum.

There are even now devices like Livia and Bellabeat that track women's daily activity, sleep and menstrual cycles. Now that's highly personal, but potentially also highly useful to third-parties.

No one is suggesting that either of those wearables sells data on to advertisers, but the market is such that all wearables are sold on convenience and lifestyle, but their initial low cost is often for a hidden reason. "Their cost will be at least partly offset by the monetisation of personal data – the end-user will be offered a strictly limited interface to what the device does, and that interface will not expose or control what the device does with the data it collects and generates," says Robin Wilton, Technical Outreach Director for Identity and Privacy at the Internet Society.

All of those trends are already seen in the first wave of connected consumer devices – the buyer get a shiny device and a shiny free app, but loses control over some very intimate personal data. That bargain is not spelled out clearly enough, according to some.

"The more 'seamless' the service, the less awareness the user has of what is going on … it perpetuates a situation in which the user makes privacy decisions based on an unrepresentative subset of relevant information," says Wilton. "The imbalance of power between the user and the device/service provider persists, and there is no real notion of informed, explicit consent."

There are also currently no sanctions if that personal data is lost. "These device companies will likely be protected from liability in a breach by their own privacy policies, and interestingly, while the FTC still has jurisdiction if there is a major incident, it remains to be seen if people would be angry if their data of this sort is breached," says Robert Stroud, Director on ISACA's board and Principal Analyst at Forrester Research.

What about location data?

Part of personalisation is about a phone app or a wearable knowing where you are, which adds valuable contextualisation. Think Google Maps telling you about nearby restaurants, Facebook showing you which of your friends are nearby, or a smartwatch tracking you on a run or walk. The same applies to a laptop opened in a coffee shop.

"The point about linking across contexts is important," says Wilton. "Individuals' sense of control and self-determination is closely linked to whether information they disclose in one context shows up in another context – without their intervention or awareness." The more it does, the less sense of privacy the user has, and the more their autonomy is undermined, according to Wilton.