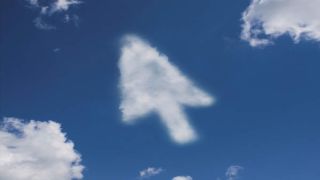 Oracle sees something in the clouds

OpenStack, the cloud computing foundation, has gained Oracle as one of its corporate sponsors following planned integration with the company's Exalogic Elastic Cloud.

The Californian technology corporation will begin integrating OpenStack components into a number of its own products. Solaris, Linux and VM as well as Oracle's own cloud-based services will all be part of the assimilation.

Oracle chief corporate architect Edward Screven said in a statement that the company goal through the sponsorship was to give their customers greater choice and flexibility.

Oracle began to eye integration with Openstack in September this year, joining alongside HP, IBM, Red Hat and Dell, who had already placed their support behind the cloud project. Executive vice president of software development, Thomas Kurian, said the ability to abstract storage is critical to the use of Oracle's cloud services.

Moving towards OpenStack makes it easier for potential customers to migrate to Oracle's existing offerings. Kurian states that the company has a view towards a more common cloud management platform.

This would, he says, enable enterprises to use private and public cloud resources in a hybrid approach. "The notion we have is to give you a cloud environment, but not try to tie you into something proprietary to manage them," he adds.

The benefits of Oracle's involvement with OpenStack are the introduction of the Solaris and Linux communities. Solaris 11 users, for example, will be able to expand their use of the product into OpenStack-based cloud deployments. Oracle currently has 21,000 companies using its cloud services.