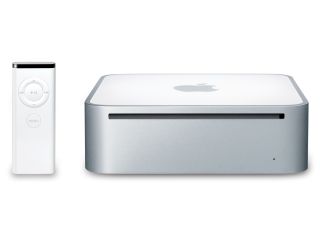 We're sure there'll be a new Mac Mini soon, but will it be even smaller?

As rumours go, the suggestion of a revamped Mac Mini is just about the stalest one on our shelf right now, but at least we finally seem to be getting closer to the truth.

According to the usually reliable Tom's Hardware website, Nvidia has let slip that a new Mini will be available (probably around March) with guts based on the Nvidia Ion chipset.

As revealed at CES, the Ion platform is based on an Intel Atom 330 CPU and an Nvidia 9400M graphics processor. Together, they form what Nvidia calls, "the world's smallest, premium, visual computing PC."

Naturally, many are taking this rumour to mean that the Mac Mini will soon come in a smaller box than it does now, but it could equally lead to the conclusion that a new Apple TV is on the cards.

After all, one of the main draws of the Ion platform is that it can decode full 1080p high-definition video. Watch this space (if you can bear the tension).