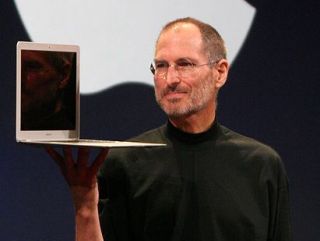 Steve Jobs has been voted the entrepreneur most admired by teenagers, according to a new report.

In a survey which was carried out by 1,000 teens, the Apple boss came out on top, with 35 per cent of the votes.

Others who were voted for in the survey, which was created by Junior Achievement, include: Oprah Winfrey (who notched up 25 per cent) and Facebook founder Mark Zuckerberg (who got a mere 10 per cent of votes).

Speaking about the survey, Jack Kosakowski, President of Junior Achievement, said: "We live in a celebrity-obsessed culture, so it's no surprise that teens admire famous entrepreneurs like Steve Jobs and Oprah Winfrey, who have built brands around their personas as well as around their products.

"More importantly however, given that many teens show interest in entrepreneurship, we want to provide them with the tools to start successful businesses."

While Jobs garnered 35 per cent of votes, of those, 61 per cent actually selected him because he "made a difference in/improved people's lives or made the world a better place." 33 per cent chose him because of his "success in multiple fields."

We're assuming this means making computing, PMP and phone products, like the iMac, iPod and iPhone. And not in relation to his secret past as a farmer.