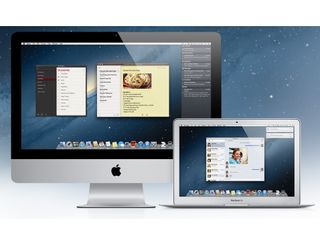 Mountain Lion has been released to developers today and should be available for consumers this summer.

The new OS incorporates a number of features that jive nicely with iOS, including iCloud sign up and a Messages app that takes the place of iChat, allowing you to continue conversations started on Mac on any iOS device.

As well as the iOS-style messaging app, Mountain Lion includes reminders, notifications and Twitter apps that bring the desktop system more in line with mobile products.

Perhaps the most exciting element of the upgrade is AirPlay Mirroring – you'll be able to mirror your computer screen on another TV wirelessly with 720p HD support and supposedly amazing realtime response rates for gamers using the mirroring app.

Security-wise, there's a new feature called Gatekeeper that allows for personalised security settings, working as a kind of safety net for less confident users by offering a setting that allows the Mac to accept only software downloaded from the Mac App Store.

After Apple's massive success at distributing Lion through the Mac App Store, we're expecting to see it follow suit with Mountain Lion in the summer months.