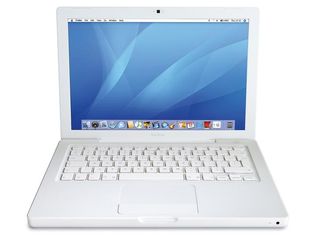 Apple might be all about its new aluminium unibody MacBook at the moment, but that doesn't mean it has forgotten about its plastic brethren.

The white MacBook will be getting a specs refresh in readiness for the launch of the latest version of OS X, Snow Leopard, which is coming later this year.

And not only that, Apple is going to charge you £15 more for the pleasure.

So, what do you get for your extra moolah? Well, the machine's RAM has been doubled, with two 1GB 667MHz DDR2 SDRAM sticks now taking the brunt of the workload.

And if you love a bit of graphical interaction, there's now an NVIDIA GeForce 9400M graphics card with 256MB DDR SRAM on tap.

If a bit of an upgrade on the hard drive front is more your thing, an optional 320GB 5400rpm drive is available for cramming in all those movies, photos and whatever else you want to pack in.

Sure, there's a fair whack of new stuff, but it's still an older machine. And according to the Boy Genius Report, the US doesn't have to pay any more for all these goodies, so we won't be surprised if UK dwellers feel a little put out because they have to pay extra.