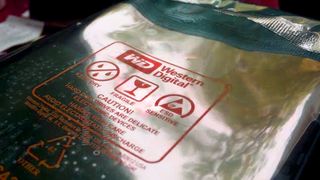 Western Digital has announced a major new breakthrough in 3D NAND, meaning we can look forward to some tasty new SSDs hitting the market in the future.

It goes by the name of BiCS3 (following on from BiCS2, unsurprisingly), and utilises 3-bits-per-cell technology – the smallest in the industry, Western Digital notes – to pack in better capacity, and not to mention improved performance and reliability levels.

Pilot production has already kicked off, but it'll be some time yet before we see actual products of course. While Western Digital said that volume shipments for the retail market would kick-off in Q4 2016, there won't be "meaningful commercial volumes" of BiCS3 until the first half of 2017, so it won't be until some point next year that we see SSDs benefiting from the technology hitting the shelves.

Initial deployment of BiCS3 will be in 256 gigabit capacity, with the tech offering capacities of up to half a terabit on a single chip.

He added: "Together with BiCS2, our 3D NAND portfolio has broadened significantly, enhancing our ability to address a full spectrum of customer applications in retail, mobile and data centre."

This development comes following Western Digital's recent swallowing of SanDisk to combine their storage might.

Meanwhile, if you want a massive SSD right now, you can purchase Samsung's 15TB monster – if the price doesn't scare you silly, as it will any normal, rational person.