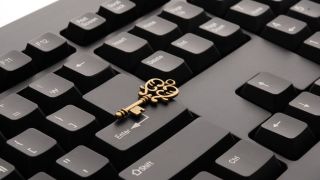 Australia recently joined forces with the US, the UK, Canada and New Zealand (called the Five Eyes alliance) to propose mandatory backdoors in encrypted chat in a bid to strengthen national security.

While the other Western countries have threatened to force tech companies to provide national security agencies with access to encrypted messages by establishing laws, Australia went ahead and did just that, drafting the Access and Assistance Bill 2018 and introducing it to Parliament last month.

However, critics have voiced their concerns over the proposed law, saying it would potentially require tech companies to build backdoors into their systems.

Apple has also weighed in on the bill, sending a seven-page letter to the Australian government as a formal response. The Cupertino firm has criticized the law as “dangerously ambiguous” and “alarming to every Australian”. According to Apple, the law wouldn’t be protecting citizens, but would “weaken the security and privacy of regular customers while pushing criminals further off the grid”.

Eavesdroppers never hear any good of themselves

The Australian government claims that the bill would not require tech companies to install encryption backdoors, but Apple says the wording of the legislation is vague and is “coupled with ill-defined restrictions”, leaving room for interpretation.

“For instance,” the letter reads, “The bill could allow the government to order the makers of smart home speakers to install persistent eavesdropping capabilities into a person’s home, require a provider to monitor the health data of its customers for indications of drug use, or require the development of a tool that can unlock a particular user’s device regardless of whether such tool could be used to unlock every other user’s device as well.”

The other concerns voiced by Apple include the violation of international agreements and the degradation of trust amongst users for making products that aren’t secure.

And it’s not just encrypted chat that’s bothering the Five Eyes alliance – the growing influence and activities of China and Russia around the world also have the Western nations worried.

According to a report from Reuters, the cohort has been exchanging classified intelligence over the last year on China and Russia with other countries like Germany and Japan.

The report quotes officials from different nations who say that talks have been taking place “below the radar” to build cooperation and an informal alliance to curb foreign interference.