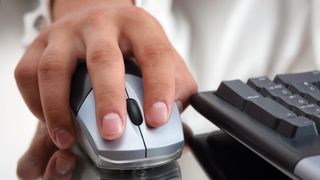 EMC has approved a restructuring plan that will result in up to 1,000 people losing their jobs over the next few months.

In an 8-K filing with the US Securities and Exchange Commission, EMC revealed a plan to axe jobs as it shifts focus to new opportunities. The figure will roughly match previous layoffs, like the 1,004 people sacked last May, according to the Boston Business Journal.

Restructuring costs will be between $100 million (£60 million, AU$114 million) and $120 million (£73 million, AU$137 million), with cash payments expected to make up the majority of this figure. The job losses are designed to cut costs in response to poorer than expected IT spending.

Despite EMC making some people redundant last year, it ended up with 2,000 extra employees. It said it will end this year with the same or slightly more staff than it started with, so for everyone getting the sack, someone else will, in time, be taking their place.

While the move might seem odd, it has worked for the company in the past. It will be redirecting its attention to some areas that are showing great potential, including big data and the cloud, which are the focus of its recently spun-off Pivotal business.

EMC has a total of 60,000 employees. The layoffs will mostly be completed within the first quarter.