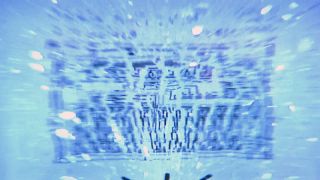 Xerox is taking aim at hackers through a new chip that can be remotely destroyed on-demand.

The new invention, which has been developed by DARPA's vanishing programmable resources project, is designed to store sensitive information such as encrypted keys and it can be instructed to shatter into millions of pieces that are then impossible to put back together.

"The applications we are interested in are data security and things like that," said Gregory Whiting, a senior scientist at PARC in Palo Alto, California, according to IDG. "We really wanted to come up with a system that was very rapid and compatible with commercial electronics."

During a demonstration at DARPA's 'Wait, What?' event in St Louis, the chip, which is built using Corning Gorilla Glass, was deliberately stretched to its limits.

To push it sufficiently, a circuit was turned on, a small resistor heated up using light and when it reached its breaking point the glass splintered into thousands of pieces.

The even more amazing part was that for several seconds afterwards the larger parts continued to break due to the remaining stress.

To trigger it off, a photo-diode switches on the circuit when bright light is shined on it, in this case a laser, although the trigger for the circuit could be something else such as a mechanical switch or radio signal.

Those with incredibly sensitive data will be looking on with much optimism as this could provide an extra level of protection against the physical theft of data given that encrypted information can sometimes be cracked. By destroying it, that is no longer an option for hackers.

Given that it's only just been demonstrated for the first time, it's likely to be a while before we can start destroying chips remotely.