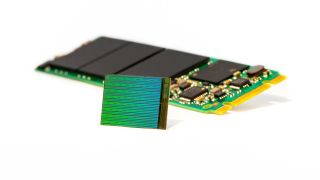 HGST and Mellanox have demoed a new PCM-based persistent memory fabric that can deliver DRAM-esque performance at a dramatically lower cost of ownership.

Shown off at the Flash Memory Summit, the new in-memory compute cluster architecture brings the higher level of performance with a greater scalability than before in a lower power alternative that doesn't cost the earth.

The HGST/Mellanox demo achieved random access latency of under two microseconds for 512B reads and throughput exceeding 3.5GB/s for two KB block sizes using RDMA over InfiniBand in what is reportedly a world record time.

HGST and Mellanox's demo comes just a couple of weeks after Intel and Micron introduced a new type of memory called 3D XPoint (3D Crosspoint) that allows computers to read and write data 1,000 times faster than normal hard disks can. It even beat out 3D NAND in the speed department.