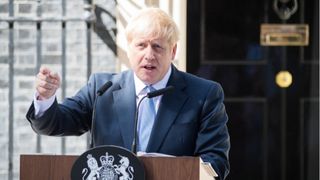 The UK broadband industry has responded to boasts by Prime Minister Boris Johnson that the country will get full fibre coverage by 2025.

Key figures in the industry have said that this target is only achievable if the government eliminates several barriers to network rollout – and quickly.

The government official target for such deployment is currently 2033, but Boris Johnson said during the Conservative leadership election that he wanted to bring this forward to the mid-2020s. He has not given any indication of how this would be achieved.

An open letter, signed by the heads of the Internet Service Providers Association (ISPA) the Federation of Communications Services (FCS) and the Independent Networks Co-operative Association (INCA), has identified four key barriers to be resolved.

These include calls for planning reform to make it easier, cheaper and quicker to build and upgrade infrastructure, the abolition of business rates on fibre, and laws that require new-build homes to include provisions for full fibre connectivity.

There also concerns that Brexit will make it difficult to assemble the vast workforce required to build out full coverage by 2025. Telcos want guarantees of access to skilled labour and more skills training.

“The industry stands ready to rise to this challenge, but we need a Prime Minister who can provide the direction, idealism and commitment to fulfil this ambition,” said the letter. “We call on you to give a full commitment that your Government will give us the tools we need to deliver future-proof connections across the UK.

“While the £3-5bn of public funding indicated by Government will be crucial to deliver connectivity to the hardest to reach areas, a concerted effort is needed from Government to remove significant regulatory barriers in the immediate term. Removing these barriers will 2 enable better use of private and public investment to roll out fibre further and faster.”

Openreach CEO Clive Selley has previously said that the target was a “stretch” but not out of the question if the right support was given to the industry. Meanwhile BT CEO Philip Jansen has lent his support to the idea.

“We welcome the Government’s ambition for full fibre broadband across the country and we are confident we will see further steps to stimulate investment,” he said. “We are ready to play our part to accelerate the pace of rollout, in a manner that will benefit both the country and our shareholders, and we are engaging with the Government and Ofcom on this.”

BT is not the only company investing in full fibre infrastructure, with Virgin Media, TalkTalk, CityFibre, Hyperoptic and Gigaclear among those building out networks.