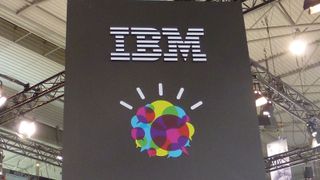 A fair number of apps are already in the store

IBM has announced that it's opening up its security intelligence platform, IBM Security QRadar, to the security community, and the company is also launching an App Exchange marketplace – moves which are designed to enable developers to build apps to further the fight against cybercrime.

IBM says the idea is that opening up this platform will help advance the level of collaboration in the security industry, and follows neatly on from the launch of the IBM X-Force Exchange threat sharing platform which kicked off back in April, and has seen in excess of 2,000 organisations join up since then.

The IBM Security App Exchange is being opened as a marketplace to help security experts distribute the custom apps they create using the QRadar platform (which uses analytics and threat intelligence to detect security compromises for thousands of companies across the world, including practically half of Fortune 100 firms).

Indeed, the App Exchange already has a number of apps on offer from the get-go, with security outfits such as Bit9 + Carbon Black, BrightPoint Security and Exabeam providing software which uses IBM's QRadar APIs.

These new apps are free to access through the marketplace, and encompass a variety of functions, including user behaviour analytics (for example, to detect when an employee's login credentials have been compromised and a malicious party is actually using them to access the system), threat intelligence searching and reporting, endpoint detection and response, and incident visualisation.

IBM further notes that a new release of the QRadar platform will allow users to create custom rules to trigger automatic actions once certain threats have been detected, and the apps developed using the new QRadar application framework will also be able to make use of custom rules for automatic responses.

"Sharing expertise across the security industry will allow us to innovate more quickly in order to help stay ahead of increasingly sophisticated attacks."