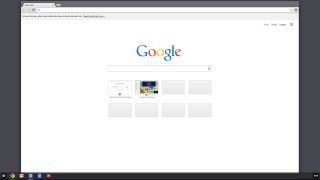 Windows 10 and Google Chrome aren't playing nice after the latest Insider Build of the OS caused the popular browser to crash.

Users have flooded onto the Google help forum and Reddit to vent their frustration at a problem that sees the 64-bit version of Chrome continually crash if it is being run on Windows 10 build 10525, which was only released on Tuesday.

The sandbox that Chrome relies on is reportedly "breaking" inside Windows 10 10525, according to Justin Schuh, a Google software engineer, and users can apparently still use the 64-bit version of Chrome by adding "--no-sandbox" (without quotes) to the Chrome Windows shortcut. This does come with the caveat that it disables one of Chrome's best security features.

Anyone that doesn't want to risk turning off that important feature can instead revert to the 32-bit version of Chrome that is unaffected by the issue and Google has reacted somewhat abrasively to users continuing to inform it of the problem.

"We have the problem confirmed and someone is working on it, so additional 'me too' comments are a distraction at this point. Please just star the issue if you want to convey that you are affected, and if we have any questions or need additional feedback we'll post a comment," read a post on the Chromium board.

For Microsoft, this is one of the first Windows 10 builds to be issued to Insiders following the release of the OS late last month and Google added in that anyone choosing to download preview builds should expect the "disruptions and workarounds" that are part of the experience.